More Migrants Are Packing Their Bags For The Trip Home 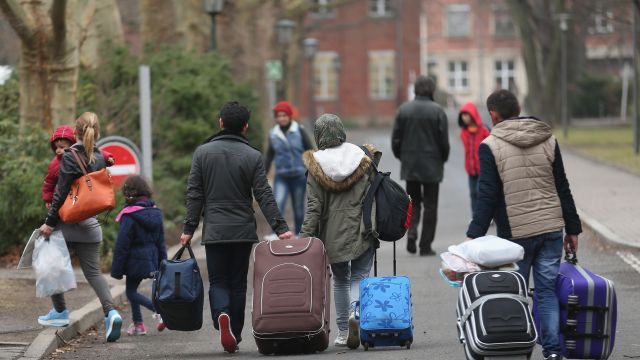 SMS
More Migrants Are Packing Their Bags For The Trip Home
By Melissa Prax
By Melissa Prax
September 24, 2016
International Organization for Migration says it expects 100,000 migrants will head home by the end of 2016.
SHOW TRANSCRIPT

An estimated 100,000 migrants are expected to head back to their home countries by the end of 2016.

A lot of these migrants are coming to wealthier European countries to find better work and start a new life.

But many of them haven't been able to get jobs or asylum, like in Germany. That's where over half of the migrants returning home are leaving.

"If we waited a while, the children could go to school and get German citizenship, but the reality is we still don't have a residence permit," an Iraqi migrant returning to his home country told France 24.

Since January, the International Organization for Migration has helped over 50,000 migrants move back home, many of them returning to the violent conflicts they fled.

The top countries that migrants originally came from since the beginning of the year were Albania, Iraq and Afghanistan.