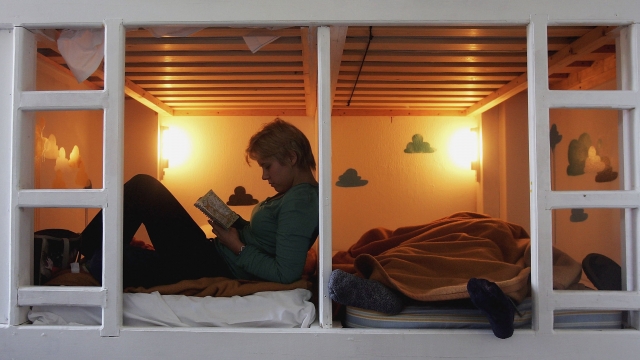 SMS
More Couples Aren't Sleeping Together, But Lost Love Isn't Always Why
By Ben Lawson
By Ben Lawson
February 5, 2016
More people are saying they prefer sleeping alone than with their partner, but that doesn't always mean the relationship is in trouble.
SHOW TRANSCRIPT

More and more couples are starting to sleep separately. But that doesn't necessarily mean they're unhappy.

A survey from the Better Sleep Council found 26 percent of respondents said they sleep better alone than they do with a partner.

A housing developer even told Newsy's partners at WFTX that more homes have two master bedrooms.

"About 15-20 percent of our buyers are interested in the dual master-suite concept," said home builder Gary Aubuchon.

And a sex therapist says couples sleeping alone doesn't always mean that the relationship is on the rocks.

"If your partner's sleep is being interrupted consistently, that could lead to some resentment in the relationship," said sex therapist Alicia Allen.

She said that health reasons, such as snoring or acid reflux, are the main reason she sees couples sleeping apart.