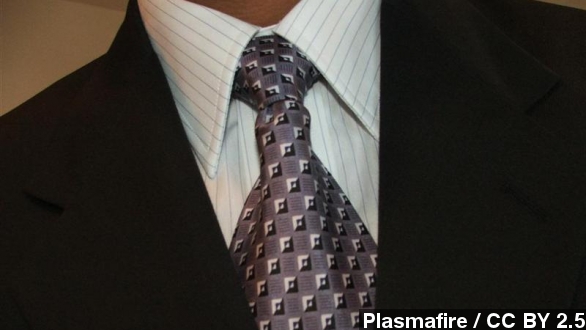 So long suit and ties, casual Fridays might be here to stay.

A shift in dress codes across several major companies suggest that day might be here sooner than we think.

Starbucks is just the latest company to relax style rules for its baristas, allowing them to show some tattoos and piercings, and even wear jeans and untucked shirts.

But as one business expert tells USA Today, "Starbucks is thinking analog in the digital world," and is actually among the last in line to make such a move as millennials begin to dominate the workforce.

A writer for Forbes says the reasoning behind a casual dress code in tech companies is twofold. For one, it's a way of staying relevant among younger generations. It also might drive creativity. Citing one business executive: "Dressing formally can constrain innovative thinking. ... When clients are really stuck on a challenge, a more casual dress code can sometimes help."

Apple is just one example. In this corporate recruitment video, Apple employees can be seen casually wearing jeans and T-shirts.

Even Google touts similar fashion standards — or rather, no standards period.

After all, both Steve Jobs and Mark Zuckerberg, said to be pioneers in innovative technologies, are known for their iconic casual garbs: The turtleneck and zip-up hoodie.

Now that attitude has even crept into The White House. The dress code for employees of the U.S. Digital Service is essentially about comfort, allowing even wrinkled button-down shirts and pants.

Some lawyers are also hopping aboard. According to Boston Business Journal, dress policies at law firms in the U.S. are the most relaxed they've ever been, with 73 percent holding a business casual policy.

But not all major companies are adopting corporate casual dress policies.

Some companies still require formal business wear — such as investment banking company UBS, which actually has a 44-page handbook on its dress code alone.

A writer for Fast Company says that might be because even strict codes are usually meant to promote a company's values and often garner professionalism and respect for superiors.

As for Starbucks, despite the new lax dress policy, Starbucks says its employees will be banned from wearing jewerly, such as wedding rings with stones, watches and bracelets in order to comply with food safety standards