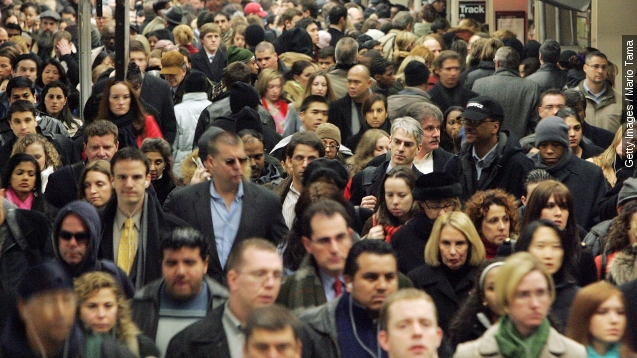 "My father is full black, and my mother is half black, half white," Mycal told Pew Research Center.

"My father is white, and my mother is Catawba Indian," Roo told Pew Research Center.

But the survey also found 55 percent of multiracial Americans said they've been subjected to racial slurs or jokes. Nineteen percent thought their background gave them an advantage, while the majority, 76 percent, said it made no difference. (Video via U.S. Census Bureau)

One of the more intriguing findings by Pew was how being multiracial affected young Americans' political partisanship. In total, 52 percent of mixed-race Americans ages 18 to 29 identified as either Independent or something else.

As Time notes, the trend suggests U.S. Democrats and Republicans may need to recalibrate their political calculus if they hope to capture the growing caucus of mixed-race Americans. It also creates the space for a potential third party to emerge.

To define who was multiracial, Pew asked survey respondents if they would select two races for themselves, their parents or their grandparents.

That's a broader definition than the one offered by the U.S. Census Bureau, which only takes into account the person being surveyed — not family members. The U.S. census first started allowing for multiracial answers in 2000. (Video via U.S. Census Bureau)

Pew's definition resulted in an estimated 6.9 percent of Americans being multiracial, compared to the Census Bureau's estimate of just 2.1 percent.