Turns Out, Adults Are Pretty Chill When It Comes To Smoking Pot 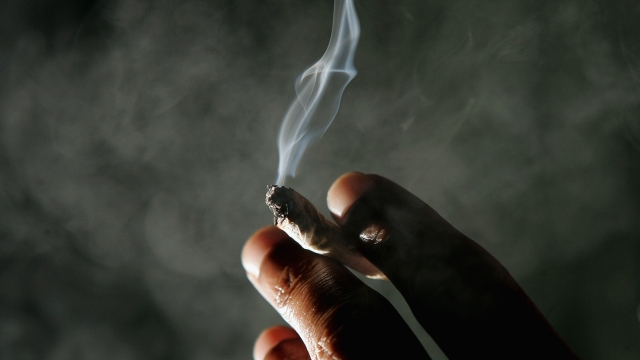 SMS
Turns Out, Adults Are Pretty Chill When It Comes To Smoking Pot
By Briana Koeneman
By Briana Koeneman
September 1, 2016
According to a new study, pot use among American adults is on the rise, and people are seeing the drug as less harmful than they did in the past.
SHOW TRANSCRIPT

Gone are the days when marijuana was widely condemned as an evil, dangerous drug.

Pot use among American adults is actually on the rise.

And, according to a new study, that could be because people see the drug as less harmful than they did in the past.

Researchers analyzed data from nearly 600,000 adults who participated in an annual government survey about drug use and health from 2002 to 2014.

They found 13 percent of adults surveyed in 2014 said they had used marijuana in the past year.

And the percentage of people who reported daily or near-daily marijuana use jumped from nearly 2 percent to 3.5 percent during that time period.

The growing number of pot users coincided with a decrease in the number of people who perceived a "great risk of harm" from smoking marijuana once or twice a week.

Half of the participants expressed that concern back in 2002, but only 33 percent felt the same way in 2014.

One of the study's authors told HealthDay, "This increase has corresponded with the legal and social acceptance of marijuana, and so it is not such a surprise."

And let's not forget that over the past 20 years, medical marijuana has been legalized in 25 states and the District of Columbia, and recreational use is legal in four of those states and D.C.

The study's authors say it's too soon to tell if these trends will continue.