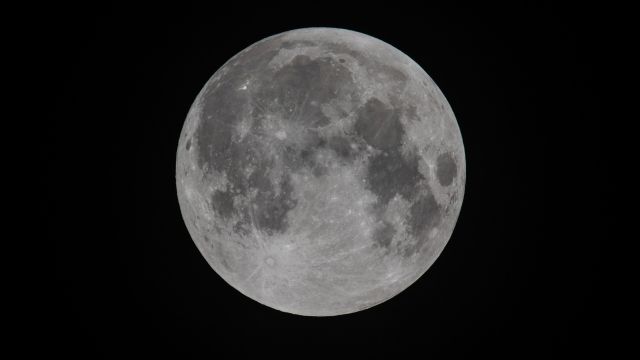 And no, that doesn't mean something supernatural is about to happen. An occultation is when one object appears to pass in front of another.

In this case, if you look up at the night sky, you'll see the moon passing in front of a star — specifically, the star Aldebaran. It's the brightest star in the Taurus constellation.

Aldebaran is usually pretty easy to locate because of its red color. Since the fiery-hued star forms Taurus' eye, it's often described as "glaring" at the nearby Orion constellation.

Not everyone in the U.S. will get to see Tuesday's occultation, though.

Imagine a line going from Los Angeles to just south of Minneapolis. The occultation will be visible to anyone south of that line.

Those not lucky enough to witness this one could have some more chances, since an occultation will happen every lunar month through September 2018.

The next one visible in North America will occur Dec. 12.