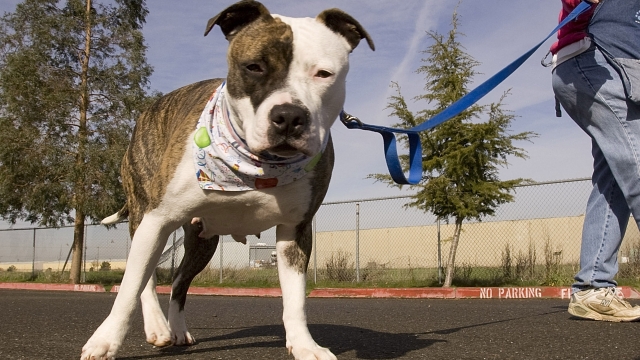 And animal lovers and activists are furious.

The new bylaw was approved by the city council last week and went into effect across all 19 of the city's boroughs on Monday.

Under the legislation, anyone who already owns a pit bull must register it by the end of the year.

And owners have to follow some very strict rules, including keeping a muzzle on the dogs outside at all times.

Even worse, any Montreal shelter dog considered to be a pit bull or pit bull-like is facing euthanasia now that the ban is in effect.

Montreal's mayor said after the vote that the law is meant to give citizens a sense of safety and security.

Plans for the ban were drawn up this summer after a woman was mauled to death by a dog in June.

As one animal rights advocate told the BBC, banning an entire breed over a few aggressive dogs doesn't address the bigger issue.

She said, "It's like taking a sledgehammer to a pea."

According to DogsBite.org, 41 countries around the world have some kind of breed-specific legislation on the books. But the results of those bans aren't conclusive.