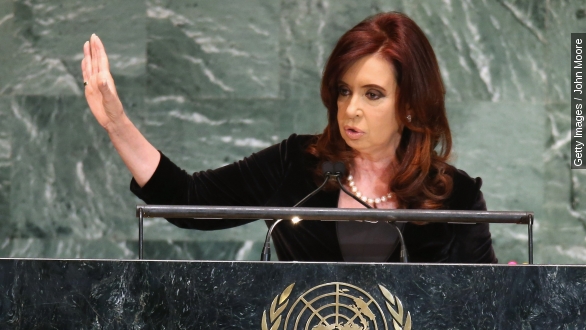 A prosecutor has moved to dismiss the conspiracy accusations currently leveled at Argentina's president Cristina Fernandez de Kirchner, marking what seems to be the end of a bizarre case which made international headlines.

The charges stem from the 1994 bombing of a Jewish center in Buenos Aires, which killed 85 people. Fernandez and other top government officials were accused of covering up Iranian involvement in the bombing in exchange for a favorable trade deal with the country. (Video via Télam)

The case took a strange turn three months ago when the prosecutor behind the allegations, Alberto Nisman, was found dead of a gunshot wound hours before he was scheduled to testify. Investigators couldn't determine whether Nisman's death was suicide or murder. (Video via Jerusalem Center for Public Affairs)

His death sparked public backlash and protests in Argentina and drew international attention to the prosecutor's claims. A second prosecutor brought Nisman's accusations to trial, but the case was thrown out by a judge in February and an appeals court rejected the case in March.

The case was then assigned to Javier de Luca, a federal prosecutor and supporter of Fernandez, who decided it had no grounds to proceed. De Luca called his decision a "definitive ruling." (Video via Casa Rosada)

CNN reporter Rafael Romo said, "We're talking about the families of 85 people who have been waiting for more than 20 years, have been demanding answers with very legitimate cause. What's going to happen to them?"

Fernandez and the government officials implicated by Nisman have categorically denied all of the charges against them; they claim Nisman's accusations were part of a smear campaign.