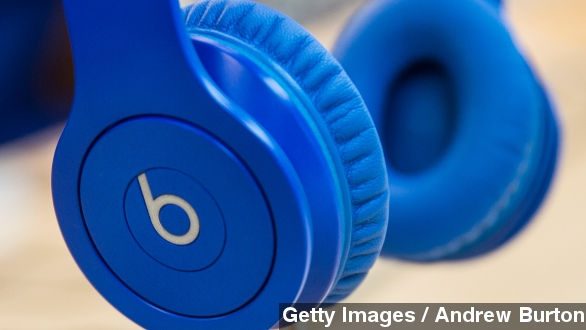 Beats sold HTC a 51 percent stake in 2011 for $300 million, then bought back 25.5 percent of its shares a month later. The sales let Beats cut Monster out of the picture under a change-of-ownership clause.

Monster and Lee say the move amounted to fraud. “Had the partnership expired on its own terms, there would have been no transfer of Monster’s ‘Beats By Dr. Dre’ product line.”

Instead, Lee missed quite the payday. He had a 5 percent stake in Beats before Monster was forced out, which could have been worth $100 million when Apple acquired the company.

Apple paid $3 billion in that 2014 deal, which still ranks as the most expensive purchase the computer company has made to date. (Video via MSNBC)

A writer at AppAdvice wonders why Lee waited so long to take it to court. Apple’s deal closed in August, after all.

But The Next Web points out it’s “convenient” for Monster that the sale to Apple means Beats is $3 billion richer now. Maybe there’s a cut of that money to be had.

Beats, meanwhile, has yet to respond to Monster’s filing. Its parent company Apple is staying quiet, as well.