Networks Will Probably Be The Real Winners Of The Presidential Debates 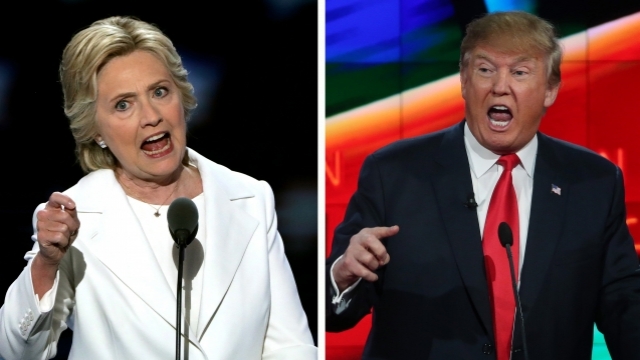 SMS
Networks Will Probably Be The Real Winners Of The Presidential Debates
By Ryan Biek
By Ryan Biek
September 25, 2016
Because the vast majority of voters have already picked a candidate.
SHOW TRANSCRIPT

Monday night's presidential debate could be the most-viewed in U.S. history. But the debate might be a greater opportunity for networks than for either candidate.

The bet so far is that somewhere between 80 million and 100 million people will watch Hillary Clinton and Donald Trump spar for the first time.

The two candidates get 90 minutes commercial-free to prove they're better suited for the Oval Office, but the commercial blocks immediately before and after the debate may prove who the real winners are.

SEE MORE: Clinton's Aide Takes On The Role Of Trump During Debate Prep

Even with more online competition than ever, several major networks have been selling 30-second ads for over $200,000 apiece.

And networks are facing little in the way of cost, because the debates are being produced by a nonprofit organization.

Neither Trump nor Clinton is eying such an easy victory Monday. In fact, the consensus among political scientists seems to be these debates have little effect at all on elections.

It's estimated only about 7 percent of voters haven't chosen a candidate.

And as for changing voters' minds, NBC notes presidential debates might've swayed the final results in only one of the past six elections.

That might be because with two or three presidential debates per election, the candidates' performances tend to even out.

The current record-holding debate belongs to Ronald Reagan and Jimmy Carter. Nielsen says close to 81 million viewers watched them face off in 1980.