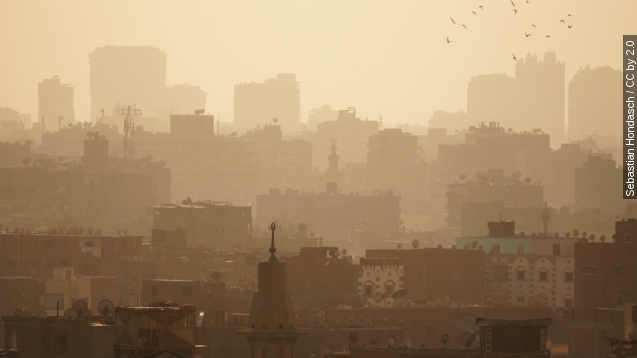 SMS
Molotov Cocktail Kills 16 In Cairo
By Melissa Prax
By Melissa Prax
December 4, 2015
An investigation is underway in Cairo after a Molotov cocktail attack killed 16 people and injured others.
SHOW TRANSCRIPT

A Molotov cocktail attack has killed 16 people and injured at least three others in the heart of Cairo.

Local media outlets say the building was a nightclub, though others have called it a restaurant.

It wasn't immediately clear who was responsible for the attack. Some reports say three masked men threw in a highly flammable device and then fled the area. (Video via Dotmsr)

Egypt's Interior Ministry says there was an argument between some workers and some passersby, who are suspected to have then thrown a Molotov cocktail at the building's entrance. Other reports quote Egyptian officials saying it was a fired employee who committed the bombing. (Video via RT)

Egypt's instability has gotten worse since former President Mohammed Morsi was forcefully removed from office in 2013.