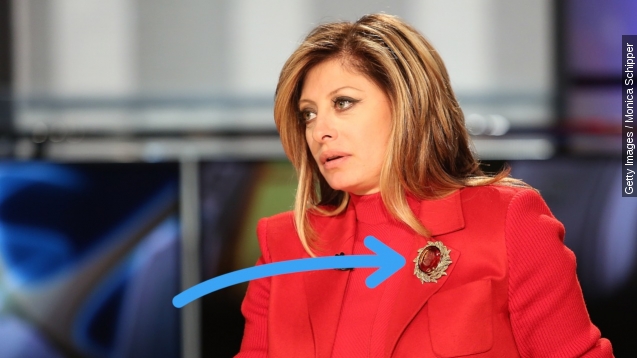 The star of the recent Republican debate might not have been on stage at all. Instead, a lot of talk on social media focused on moderator Maria Bartiromo's brooch. (Video via Fox Business)

Or at least what "Hunger Games" actor Josh Hutcherson wore recently on the red carpet.

Others compared Bartiromo's look to Harry Potter –– albeit one of Lord Voldemort's horcruxes. (Video via Warner Bros. / "Harry Potter and the Deathly Hallows: Part 1")

But maybe the best comparison was to the ultimate jewelry-candy crossover: the Ring Pop. (Video via Fox Business)

The Democrats have the next debate on Nov. 14, and it'll be interesting to see if any candidates show up with a little bling themselves.

This video includes images from Getty Images and Alyssa L. Miller / CC BY 2.0.