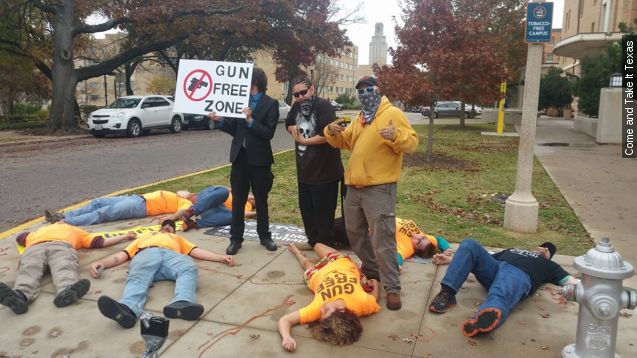 These people protested gun control at the University of Texas at Austin by staging a mock mass shooting.

"All gun rights people know that gun-free zones are dangerous places; they're not safe places. So we're making some national footage on it through our skits that we're going to put together to be kind of 'SNL'-type skit that we did," said Jason Orsek, vice president of Come and Take it Texas.

There were counter-protesters, too. They used fart guns to disrupt the demonstration. (Video via The Austin Chronicle / Mac McCann)

This video includes music from "guardian" by Birocratic / CC BY 3.0.