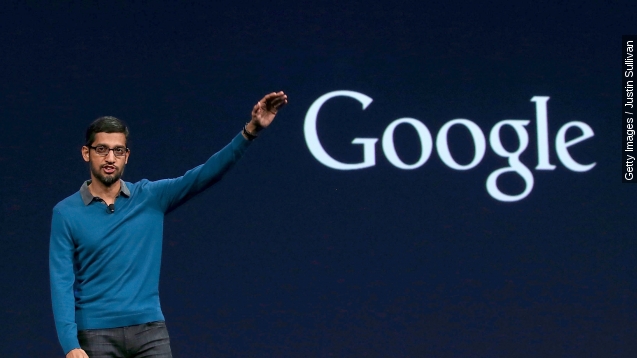 SMS
Mobile Search Boosts A Great Q3 For Google
By Leah Becerra
By Leah Becerra
October 22, 2015
Alphabet, parent company to Google, beat analysts' expectations in the third quarter, and it was likely thanks to all those mobile Googlers.
SHOW TRANSCRIPT

Alphabet, parent company to Google, has released its third-quarter earnings, and investors are really happy.

Gross revenue for the company hit $18.7 billion, beating what Google expected to take in and showing off a healthy 13 percent growth year over year. (Video via Google)

Ruth Porat, CFO of both Alphabet and Google, said the "results show the strength of Google's business, particularly in mobile search." (Video via Vanity Fair)

That's not too surprising considering one exec revealed at Re/code's Code/Mobile conference earlier this month that the majority of the 100 billion searches Google's engines see every month are done on mobile.

And even if ad blockers take a larger chunk out of that number next quarter, it's safe to assume the company has other areas that have grown enough to start picking up more of the slack. (Video via Adblock Plus)

During the company's earnings call, Google CEO Sundar Pichai said, "Search, Android, Maps, Chrome and YouTube each have over a billion users. And Google Play crossed that milestone as well."

That's six different products, each with its own hearty community. (Video via Google)

After this earnings report, recent offerings like Accelerated Mobile Pages make a lot more sense. Because if mobile is this profitable now, why not keep the ball rolling? And keep keeping customers happy.