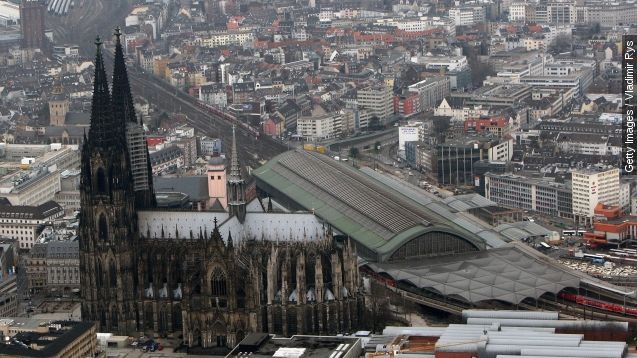 By Grant Suneson
January 5, 2016
A mob of hundreds of men described as "North African or Arabic" attacked, robbed and groped dozens of women in Cologne, Germany, on New Year's Eve.
SHOW TRANSCRIPT

Witnesses said hundreds of young men, described as "North African or Arabic," descended onto the festivities, throwing firecrackers at the crowd before breaking off into smaller groups that surrounded and attacked women in the town square.

One witness told German outlet WDR: "People were robbed and German girls were groped. I was surrounded by a group of 50 to 60 people from Arabic countries. They would come up to us, shake hands and then try to reach into our bags."

Onlookers said there weren’t enough police officers to deal with the huge number of attackers. More than 90 criminal complaints were filed, including one for rape.

The assaults have prompted some to blame Germany’s open refugee policy for allowing potentially dangerous people into the country. Though it’s worth noting that it’s unknown exactly where the assailants came from originally.

But the string of attacks does cast doubt on security for the city’s traditional carnival celebrations in February, where hundreds of thousands will descend into Cologne to celebrate, much like New Year’s Eve.

Cologne’s mayor, Henriette Reker, who was stabbed while campaigning on a pro-refugee platform, said she was concerned cultural differences may have led the attackers to think their behavior was permissible.

She told reporters, "We have to explain to people from other cultures that the jolly and frisky attitude during our carnival is not a sign of sexual openness."

Germany's justice minister has promised to find those responsible, though no arrests have been made.