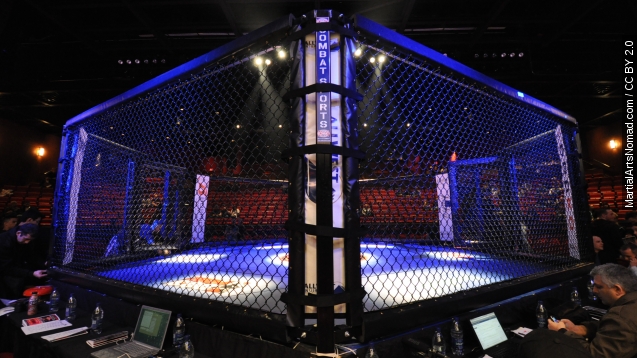 MMA fighter Kinberly Novaes couldn't figure out why she kept gaining weight until a doctor told her she was six months pregnant.

If you do the math, that means Novaes was 12 weeks pregnant when she won her last title match in May. (Video via MMA Sul)

She and her boyfriend released this video on her Facebook page Friday letting the world know.

Novaes told MMAFighting.com the baby was welcome news because she thought for sure she was just sick.

You're probably asking, how did Novaes even get in the ring while pregnant? Well, the promoter of the fight says he's to blame.

"I didn't ask for the exam. That's the truth. I didn't even think about the possibility of a woman fighting while pregnant," he said.

This kind of thing has happened before. You might remember Olympic gold medalist Kerri Walsh Jennings, who competed in London while pregnant.

Novaes has assured her fans she will be back in the ring next year — after the baby is born.

This video includes images from MartialArtsNomad.com / CC BY 2.0.