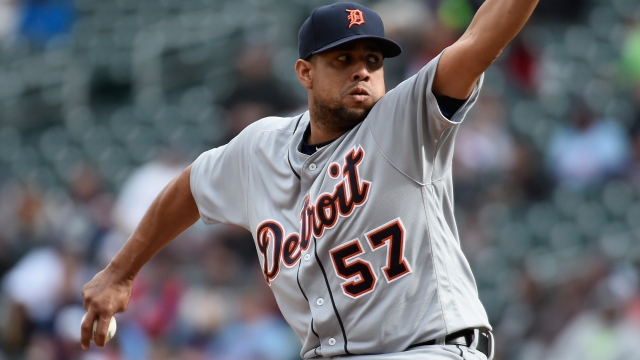 Detroit Tigers pitcher Francisco Rodriguez says he contracted the Zika virus during the offseason, and he's got advice for any Olympic athletes who are considering traveling to South America.

"K-Rod" told ESPN that he contracted the virus while in his home country of Venezuela, where he spends his offseasons. He said for two weeks he had body aches, headaches, weakness, vomiting and more.

He said it took nearly two months for him to feel like himself again, and it even affected him in spring training.

The virus usually impacts women more, with pregnant women especially at risk. It can cause microcephaly, a birth defect that impacts growth of the brain and overall development.

Venezuela is one of the South American countries being hit hardest by the mosquito-transmitted virus. It's also home to a collapsing health system, making prevention and treatment  that much tougher.

So far, the World Health Organization has stood by its claim that moving or canceling the Olympic games in Rio de Janeiro won't be necessary to stop the spread.

Still, Rodriguez says athletes need to educate themselves before making the trip.

"If [the athletes] have plans to have kids in the future, you've got to think about it. You have to be aware of that, as well. You have to do some homework, some research about it."

Rodriguez's admission comes a day after Chicago Bulls center and Spain international player Pau Gasol said he was considering skipping the Olympics because of concerns about the virus.

Only a handful of athletes, many of whom are golfers, have publicly announced they'll be skipping this year's games. The Summer Olympics begin in August.