MLB Managers Have A Diversity Problem 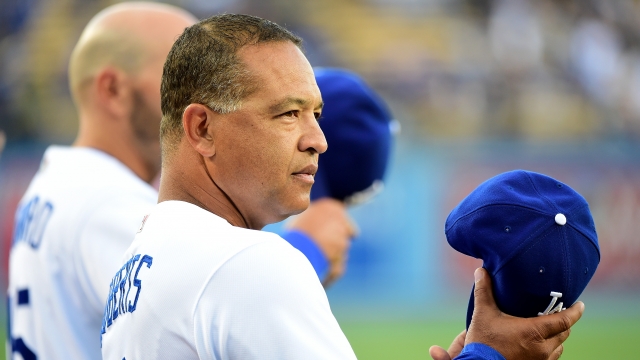 MLB managers have a diversity problem.

Right now, only two of baseball's 30 managers are racial or ethnic minorities: the Nationals' Dusty Baker and the Los Angeles Dodgers' Dave Roberts, who was named the first minority manager in the club's history this past November.

"I don't get too outside of doing my job, as a teacher and as a coach, but when I think about the magnitude, then it gets a little overwhelming, to be honest," Roberts said in an interview with Fox Sports San Diego.

Latin ballplayers made up about 28 percent of big-league teams when the 2016 season started, but after Braves skipper Fredi González was fired in May, the number of Latino managers dropped to zero.

SEE MORE: Defecting From Cuba To Play Baseball In The US: Then Versus Now

And it's not like there hasn't been any turnover in MLB dugouts. In recent seasons, several former MLB players — like Robin Ventura, Brad Ausmus and Craig Counsell, to name a few — have been hired to big-league managing positions without much formal coaching experience. But they're not minorities.

The MLB Players Association has taken notice of this. Executive Director Tony Clark has said he's "disappointed" by the lack of Latino managers in baseball.

The disparity doesn't stop at managers, either. A 2010 study from The New York Times found only 23 percent of MLB third-base coaches were minorities, with far more minorities serving as first-base coaches.

This is important because third-base coach is considered a more prestigious position than first-base coach and is often used as a precursor to a managerial job.

To be fair, baseball has a system in place to boost minority hiring. Former Commissioner Bud Selig mandated teams interview minority candidates for managerial and front-office positions in 1999.

But the so-called "Selig Rule" is incomplete, something current Commissioner Rob Manfred acknowledges.

"There needs to be significant minority representation at entry-level jobs," Manfred told ESPN. "And the reason I think those entry-level jobs are so important is it helps us build a pipeline of qualified diversity candidates."

This video includes images from Getty Images and clips from PBS, Cleveland.com and the New York Daily News.