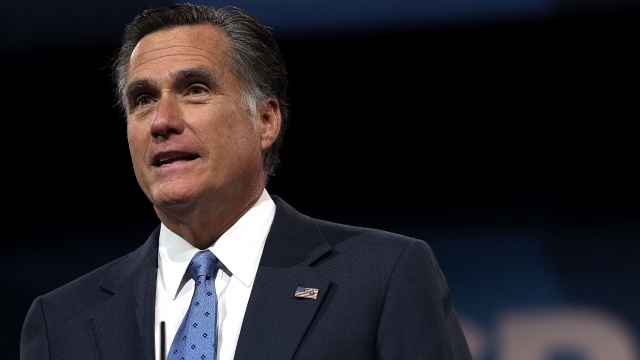 "If we Republicans choose Donald Trump as our nominee, the prospects for a safe and prosperous future are greatly diminished," former presidential candidate Mitt Romney said in a speech Thursday.

Mitt Romney isn't holding back on Donald Trump. On Thursday, the former Republican presidential nominee laid out all the reasons Trump shouldn't get the GOP nomination.

"Donald Trump is a phony, a fraud. His promises are as worthless as a degree from Trump University," Romney said.

Romney criticizing Trump isn't new. He's taken on Trump's taxes and his flip-floppy response to a KKK endorsement. But his most recent speech is part of a broader effort from members of the GOP establishment working behind the scenes to make sure Trump doesn't represent the GOP in November.

The billionaire has been the GOP front-runner since last summer and has proved his ability to turn that fervor and excitement into a pretty sizable delegate lead.

Despite efforts to block Trump, it might be too late to stop his path to the nomination. Exit polls show Trump supporters have been Trump supporters for several months, meaning it's going to be hard to change their minds now.

Oh, and yes, of course Trump had something to say about Romney's comments.