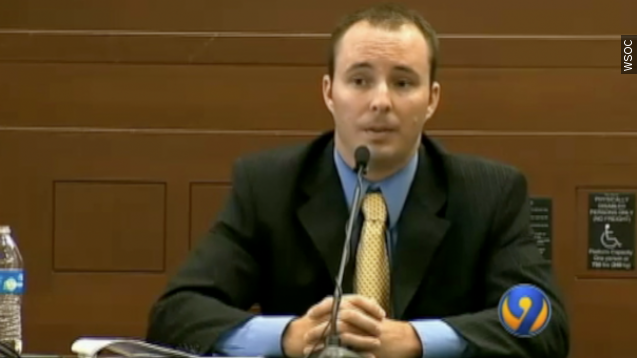 SMS
Mistrial Declared After Jury Deadlocks In Kerrick Trial
By Ben Lawson
By Ben Lawson
August 21, 2015
A jury was unable to reach a verdict in the case of North Carolina police officer Randall Kerrick, charged with manslaughter for a 2013 shooting.
SHOW TRANSCRIPT

A mistrial has been declared in the case of North Carolina police officer Randall “Wes” Kerrick, after jurors deadlocked on the verdict multiple times.

Officer Kerrick has been charged with voluntary manslaughter for the fatal 2013 shooting of Jonathan Ferrell, a former Florida A&M University football player.

Authorities say Ferrell had wrecked his car in Charlotte and banged on the door of a nearby house, possibly calling for help, before police arrived.

Police dashcam footage shows him running toward officers before shots can be heard off camera. Ferrell suffered 10 bullet wounds.

Prosecutors haven’t yet said whether they intend to try this case again.