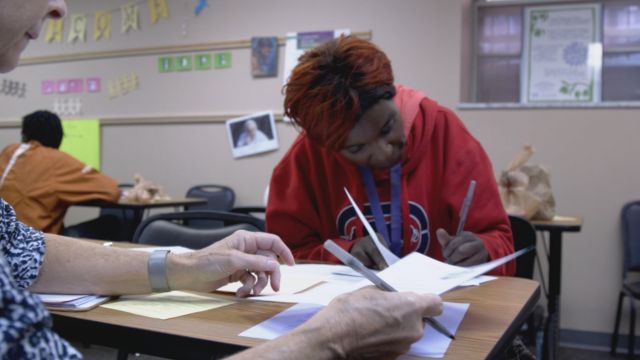 A decade ago, Missouri was one of the first states to pass a voter ID requirement. It was struck down by the state Supreme Court, and since then, more than 30 other states have put some form of an ID requirement in place. Now, Missouri is trying again with a proposed amendment to the state constitution.

"You can't cash a check without an ID," said Missouri Rep. Shamed Dogan, a Republican from Ballwin. "You can't fly on a plane without an ID. So, this will help to bring these people into the mainstream of society."

Across the country, voter ID requirements are becoming the new norm. A majority of states have some form of ID requirement, and 4 in 5 Americans support requiring voters to show photo ID.

But advocates worry these requirements would cut some groups out.

Missouri's secretary of state says the amendment could prevent about 220,000 eligible voters in Missouri from voting; that's about 5 percent of registered voters.

"I never thought about how challenging it would be to get an ID for some people before I started working here," said Christine Dragonette, director of social ministry at St. Francis Xavier College Church.

Since the mid-'90s, St. Francis Xavier's document-identification program has helped people get together the necessary paperwork to get things like photo IDs, birth certificates and social security cards.

The clinic sets aside about $70,000 annually to help an average of 3,500 people register to vote. It's helping those who could be affected by a photo ID requirement.

"It's pretty hard. It's definitely hard," said one man at the clinic. "I don't know how you can do it. This is my first time losing an ID."

Another man said: "My ID, my state ID, it expired. I'm homeless, and I got a sister with a mailing address."

Dragonette said: "We know that this is a need, and we know that we don't even meet the need in this region. So, if the amendment passed, this need would become even more acute across Missouri. It might seem minimal to many people, but the cost can be a barrier because if you have no income at all, then even $11 for an ID or $15 for a birth certificate can be a barrier. In addition to that, you have to provide underlying documents to get your ID or birth certificate, and navigating that process can be challenging. Some states require a non-expired photo ID to get the birth certificate. So, you can see how people can get caught in a Catch-22 of needing one to get the other and vice versa."

But there is something that sets Missouri's requirement apart from other laws across the country.

"What's really unique about Missouri is that it not only provides for a state-issued photo ID that the state will pay for," Dogan said. "But it also provides for underlying documents like birth certificates, marriage licenses, all those other types of identity documents you need to get an ID, which is really helpful for the people who don't have those documents right now because they're not participating fully in our society."

But the advocates we talked to say paying for the ID doesn't relieve their concerns. The AARP, which advocates for Americans over 50, has come out against the amendment.

"I think that's a very good first step," said Jay Hardenbrook, AARP's associate state director for advocacy. "I also don't think it takes care of any of the problems I've talked about, because if you happen to have an expired or lost ID on that one day, it doesn't matter if they're going to pay for it or not. You still can't get it."

"There are so many more challenges beyond that," Dragonette said. "There's no plan for helping to navigate the process, troubleshooting for people with limited resources. I'm just not convinced that any of that would actually happen."