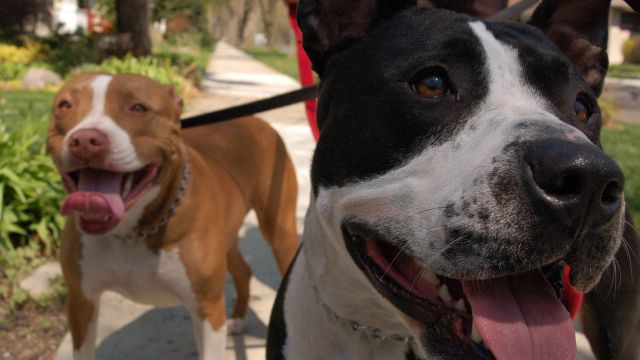 Citywide bans on pit bulls and other dog breeds could soon be illegal in Missouri if a new bill passes.

The Missouri bill HB 1811 would disallow cities and municipalities from imposing "breed specific" bans on dogs.

"It causes otherwise good dogs to be homeless and euthanized, and it's not doing what the people of Independence think it's doing. It's not getting large-breed dogs off our streets and out of our parks," dog owner Theresa May said.

But on the other side of the state, KSDK spoke with the mayor of Fenton — a suburb of St. Louis that has a pit bull ban — who said the state's actions are unacceptable.

"It's very dangerous because you take all the things that a small city was meant to be in the first place and you're starting to take away their power and their power of rules," Fenton Mayor Mike Polizzi said.

While the bill impacts all dog breeds, most of the attention has gone to pit bulls. The breed is one of the most controversial, and multiple cities inside and outside of Missouri have restrictions against it.

Statistics from DogsBite.org show pit bulls and pit bull mixes are responsible for more than 300 deaths in the last 30 years. The next closest breed, the Rottweiler, is responsible for 85.

The bill received overwhelming support in the Missouri House. It will now head to the Senate, where a similar measure failed last year.