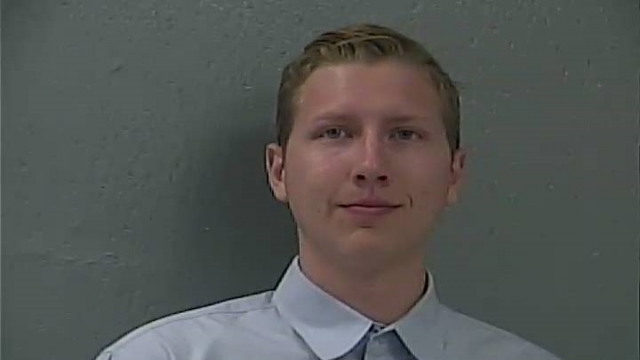 By Matt Picht
August 31, 2016
Joseph Presley pleaded guilty to child molestation after admitting to abusing a young boy he was babysitting.
SHOW TRANSCRIPT

A Missouri judge has handed down a lenient sentence to a young white man convicted of sex crimes. And in the aftermath of the Brock Turner trial, that's raising some eyebrows around the country.

Twenty-three-year-old Joseph Presley pleaded guilty in June to molesting a young boy he was babysitting on two separate occasions. Presley's crime carries a maximum sentence of 15 years in prison.

Judge Calvin Holden initially sentenced Presley to 10 years in prison but then suspended the sentence at his discretion in favor of a 30-day jail term and five years of probation.

That sentence has drawn parallels to the comparatively light sentences that young white men around the country — Brock Turner, Austin Wilkerson, David Becker and others — have been receiving for sexual assault charges.

Writing for the New York Daily News, civil rights activist Shaun King says: "Little black boys are treated like men in America while grown white men such as Brock Turner and Joseph Presley are treated like little boys. It's ugly. It's so damn ugly."

"Do we really want to take a boy that's not institutionalized, that has not been in prison before, and put him in prison with some real sex molesters and some real rapists?" Wampler asked.

Wampler pointed to Presley's remorsefulness and his own history of abuse as a child as mitigating factors in the case. Under Missouri law, Presley will likely be registered as a sex offender for the rest of his life.