Missing Dog Found Alive Weeks After She Was Presumed Dead 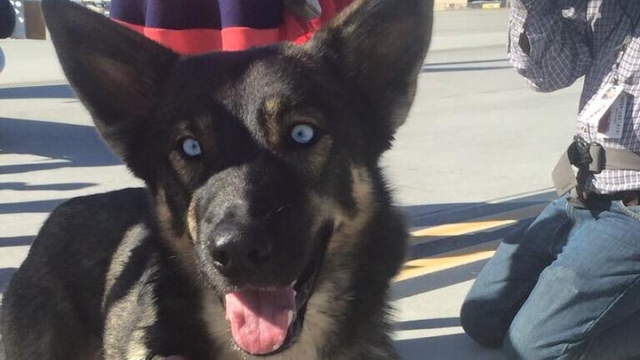 There was an unexpected and very happy reunion Wednesday when a dog was found alive after falling overboard off the coast of California more than a month ago.

"When I got the call that this happened, never even thought in my wildest dreams that this would be a possibility. That I would ever see her coming, ever see her again," family friend Conner Lamb said.

Luna, the German shepherd, was on a fishing boat with her owner, Nick Hayworth, on Feb. 10 when she fell off the boat about two miles away from San Clemente Island. Hayworth reached out to the U.S. Navy's Naval Base Coronado for help finding her.

After days of searching with no luck, Luna was presumed dead.

But this week, when Navy staff arrived at San Clemente Island, they were greeted by an unexpected four-legged friend.

Once the Navy figured out this dog was the same one that disappeared in February, they called Hayworth to share the good news.

Luna is a little undernourished but healthy and clearly happy to be home. A wildlife biologist who checked her out said it looks like she survived mostly on mice. Hayworth is out of town, so a close family friend picked up the miracle pup at the airport Wednesday.

The video includes clips from the U.S. Navy, KGTV, KSWB, KFMB, KNSD and images from Getty Images and the U.S. Navy.