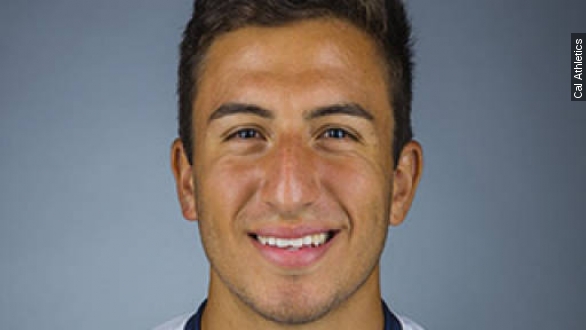 The family of missing University of California, Berkeley student Eloi Vasquez has confirmed that the 19-year-old has been found dead.

Vasquez, who was a midfielder on the university's soccer team, was last seen leaving a party at Tau Kappa Epsilon at the University of Southern California early Saturday morning. Police told Vasquez's family the teenager was hit by a car on a freeway, and his injuries prevented Vasquez's body from being initially identified.

KPIX spoke with Vasquez's friend Aurora Cardenas, who was the last person to talk to him at around 2:15 that morning.

Shortly after that, Vasquez's phone either died or got turned off, and police say he had no ID or money on him at the time of his disappearance. Vasquez's family had offered a $100,000 reward for information on his whereabouts.

"It's just scary to not know, to have no word from him at all, to have no idea and have no communications or leads for where he could possibly be," Vasquez's mother, Wendy Margolan, said to KABC.

"He's my biggest motivation, the reason I play soccer. I miss him a lot," Vasquez's younger brother Adrian told KNBC.

In a statement released before Vasquez's body was found, UC Berkeley's athletic department said, "Eloi is a wonderful young man who has excelled both academically and athletically here at Cal."

This video includes an image from Cal Athletics.