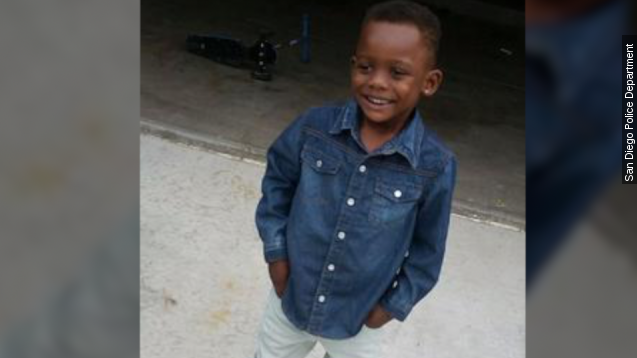 SMS
Missing Calif. Boy's Body Found Off Shore
By Mikah Sargent
By Mikah Sargent
September 13, 2015
The body of a four-year-old boy who had been reported missing was found Sunday, with officials saying he likely drowned.
SHOW TRANSCRIPT

The body of a missing boy was found in San Diego Sunday, about 15 hours after the boy's family first reported him missing. (Video via KGTV)

On Saturday, witnesses said they saw 4-year-old Wesley Hilaire "walking with an unfamiliar man," and an Amber Alert was issued Sunday morning.

Later that morning, however, divers found Wesley's body about 100 yards from the shore. Officials now believe the boy had drowned, and claims of an abduction were based on "a bad lead."

Newsy's partners at KGTV spoke with the boy's mother who said Wesley had been visiting the beach for the first time with his aunt and other family members.

"It's his first time in the water, and they said he had a good time. ... They took him on his first day at the beach," said Daniesha Hilaire.

This video includes images from the San Diego Police Department and Tony Webster / CC BY 2.0.