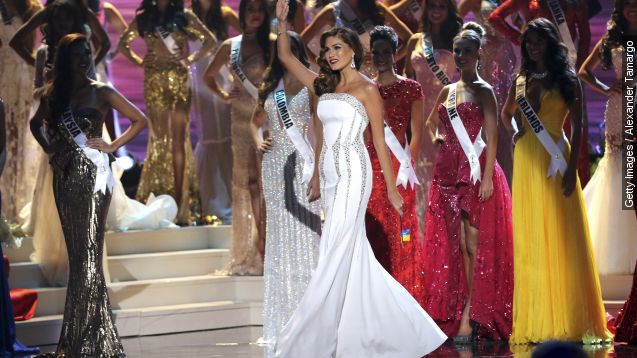 It's been a bumpy few months for the Miss Universe Organization. But as of Wednesday, it looks like a bit of stability is on its way thanks to a new partnership with Fox.

So, what's up with the network switch? Back in June, Donald Trump offended a lot of people when he made comments about Mexican immigrants. (Video via CNN)

ReelzChannel swooped in at the last minute and aired the Miss USA telecast in July. Beautiful contestants, ugly ratings.

In September, NBC sold its part of the Miss Universe Organization to Trump, who then sold the entire thing to a talent agency called WME-IMG. And that brings us to today: WME-IMG is now teammates with Fox.

The network will broadcast the 64th Annual Miss Universe Pageant on Dec. 20. The Miss USA Pageant will air in 2016. And yes, there will be bikinis. (Video via Miss Universe Organization)