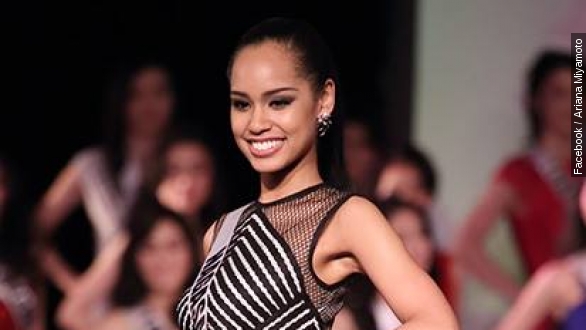 SMS
Miss Universe Japan Staying Positive Despite Race Critics
By Matt Moreno
By Matt Moreno
April 13, 2015
Ariana Miyamoto is half black and half Japanese, but some are unhappy she's representing the island nation at the Miss Universe pageant.
SHOW TRANSCRIPT

"Not Japanese enough" is the criticism the winner of Miss Universe Japan is getting as the biracial beauty queen gets ready to represent the island nation.

Ariana Miyamoto's mother is Japanese and her father is African-American, making her the first black-Japanese contestant to represent Japan. CBS reports reports in Japan, mixed-race children made up just 2 percent of the country's births in 2013.

In fact, being half-Japanese even has its own term — "hafu."

Miyamoto doesn't seem like she's letting the negativity affect her, though. In an interview with Bloomberg, she said she wants to use the pageant to spread awareness.

"I want to use my involvement in the pageant in the Miss Universe competition to travel to other countries and talk to people who have experienced the same things I have, and I hope to be able to give them courage," she said.

And a writer for Yahoo says Miyamoto's distinct look might help her out: "Miyamoto faces a high chance of doing well in the Miss Universe pageant. ... Countries that have changed their judging standards from local ideals of beauty to globalized ideals of beauty have done well."

Miyamoto will compete against more than 80 contestants for the 2015 Miss Universe title.