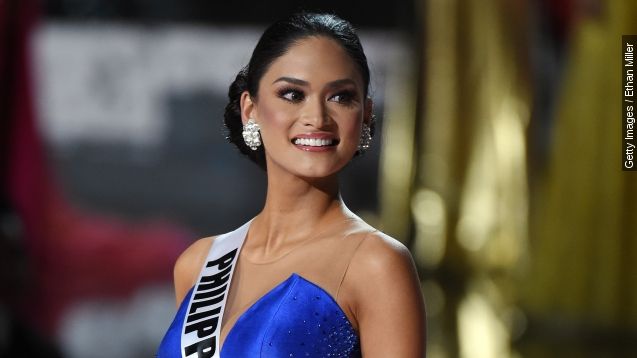 Unlike Lindsay Lohan in "Mean Girls," newly crowned Miss Universe Pia Wurtzbach isn't looking to share the crown with anyone.

"I think it would be a little difficult for two girls to share a crown," Wurtzbach said on ABC's "Good Morning America."

The comment came in response to people, including Donald Trump, calling for her to share the crown with Miss Colombia.

Monday marked the first day of official duties for Miss Universe, and she handled her first interview with grace.

In addition to addressing the crown controversy, she called host Steve Harvey a "breath of fresh air" who made the contestants feel relaxed.