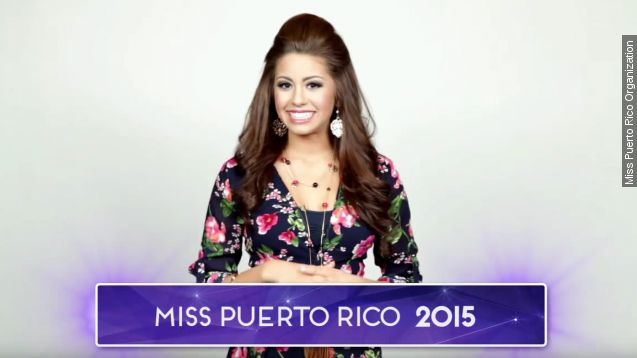 Puerto Rico may be looking for a new beauty queen after 20-year-old Destiny Velez fired off a round of offensive tweets about Muslims. (Video via Miss Puerto Rico Organization)

According to Latin Times, the former beauty contestant sent several tweets to filmmaker Michael Moore after he posted this tweet on Thursday.

Her Twitter account has since been disabled, but she reportedly sent several tweets including one that said, "Muslims use our constitution to terrorize USA & plant gas stations." (Video via Miss America Organization)

It didn't take long for the Miss Puerto Rico Organization to criticize Velez's actions. It released a statement on Facebook that reads in part, "Miss Velez's actions were in contradiction to the organization, and therefore as a consequence of her actions, she has been suspended indefiitely."

Velez also released a statement through the organization's Facebook page. It reads in part, "The last thing I wanted to do was to bully anyone. ... I apologize to anyone who felt offended with my words."