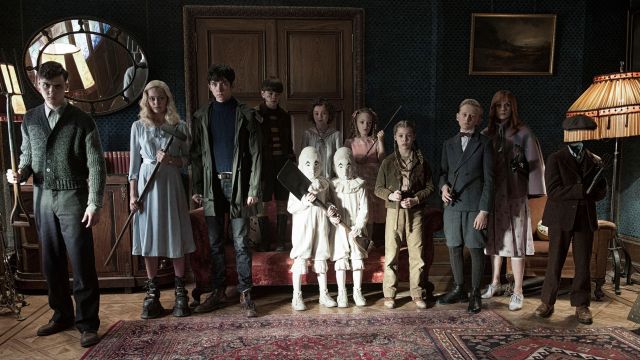 As summer comes to a close and superheroes take a break from the box office, we get to let our imaginations wander away from comic books to something a bit more frightening.

Taking the No. 1 spot this week is Tim Burton's odd X-men, otherwise known as "Miss Peregrine's Home for Peculiar Children." The dark fantasy film brought in an estimated $28.5 million domestically in its debut.

It's a lukewarm start for a film that cost $110 million to produce, but Burton has a habit of turning a profit no matter how expensive or terrible the source material.

"Dark Shadows," a Burton flick about a vampire stuck in the '70s took in $245 million worldwide after its 2012 release.

Now to be clear, we're not recommending you go see Miss Peregrine or her peculiar children.

If you're going to spend your money to see a movie this weekend, it should probably be "Deepwater Horizon." It's one of the best films Mark Wahlberg's had the pleasure of starring in in the past six years. "Deepwater Horizon" brought in over $20 million in its debut.

The film is based on the 2010 BP oil spill and tells the story of the disaster from the crew's perspective. The real-life story of the crew and the rig is a sad one, so remember your tissues.

And finally at No. 3 is Denzel Washington, Chris Pratt and "The Magnificent Seven," bringing in about $15.7 million in its second week out.

As for next week, Nate Parker brings Nat Turner to the silver screen.