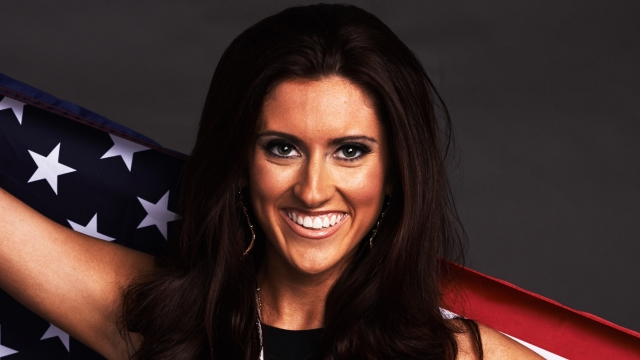 The Miss America pageant has been around for close to a century, but this year's event is going to be a first for the organization.

That's because the pageant's first openly gay contestant is competing for the 2017 title. She's Erin O'Flaherty from Missouri.

The 23-year-old made national news when she was crowned Miss Missouri back in June.

"I'm on cloud nine. I'm ready to go to Miss America, and I'm really happy to have made history," O'Flaherty said on Entertainment Tonight.

"It's overwhelming the amount of love and support I've received not only from the LGBT community, but from so many others as well," O'Flaherty told CNN's Ashleigh Banfield.

"I think what my message really is is that I had dreams, and goals and I was very scared at first to become who I am, but once I stepped in to who I was is when I became most successful," O'Flaherty said on "Good Morning America."

While O'Flaherty is the first openly gay contestant to compete at Miss America, Sky News reports at least one other former contestant came out as a lesbian after competing in the pageant. It was Miss Kentucky 2010 Djuan Trent.

O'Flaherty is just one of 52 contestants competing for the coveted Miss America crown this week.

Unlike the Miss USA pageant, all of the Miss America contestants will be required to perform a talent. According to the pageant's website, the majority of this year's contestants will either be dancing or singing.

The preliminary portion of the pageant begins Tuesday, and the finals will be televised live Sunday night on ABC.