Minute Of Silence For Ankara Victims Interrupted By Crowd 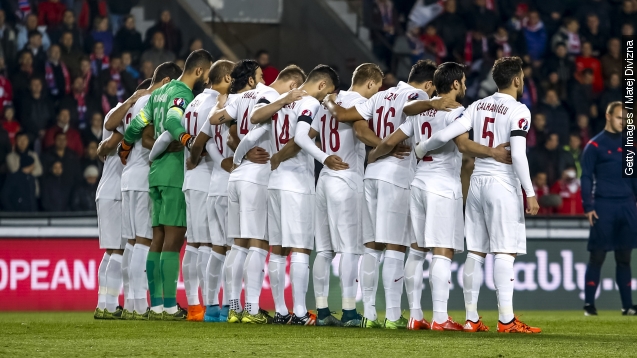 SMS
Minute Of Silence For Ankara Victims Interrupted By Crowd
By Jake Godin
By Jake Godin
October 13, 2015
A minute of silence for the victims of the Ankara bombing was interrupted at a Turkish football game by a whistling crowd.
SHOW TRANSCRIPT

Turkey’s football team tried to hold a minute of silence for the victims of last week’s bombings in Ankara.

This is what happened instead…

Some members of the crowd started to whistle. It was only a small group, but it shows just how bad the political divisions in Turkey really are.

It took place at a peace rally supported by leftist groups and the Peoples’ Democratic Party (HDP), a pro-Kurdish political party. (Video via Hurriyet)

At the same time, AKP supporters have blamed Kurdish insurgents for the attack. Though the government says ISIS is the focus of their investigation. (Video via Presidency of the Turkish Republic)

Both sides are vying for support as a November 1 snap election draws closer. (Video via Bugün TV)

This video includes an image from Getty Images and music from Josh Woodward  / CC BY 3.0.