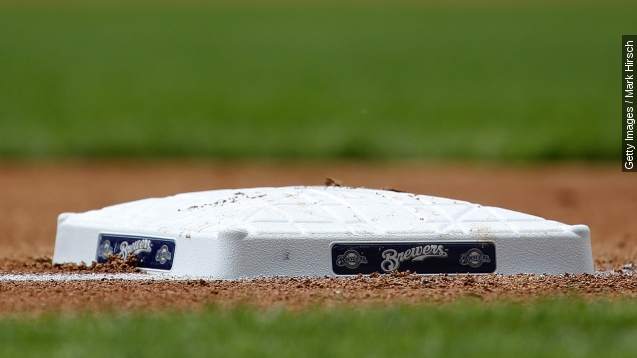 Denson recalls his teammates telling him: "You're still our teammate. You're still our brother. We kind of had an idea, but your sexuality has nothing to do with your ability. You're still a ballplayer at the end of the day. We don't treat you any different. We've got your back."

The 20-year-old first baseman and 15th round draft pick is currently playing in Montana on the Brewers rookie level affiliate the Helena Brewers. (Video via YouTube / The Prospect Pipeline)

In June, Sonoma Stompers pitcher Sean Conroy became the first openly gay active pro baseball player. He then went on to pitch a 7-0 shutout on Pride Night. The Stompers play as part of the Pacific Association of Professional Baseball Clubs, which is not affiliated with the MLB.

Denson said he decided to come out after the pressure of keeping it to himself became too much. He says his family and teammates have all been supportive.