'Minions' Is Now The No. 2 Highest Grossing Animated Film 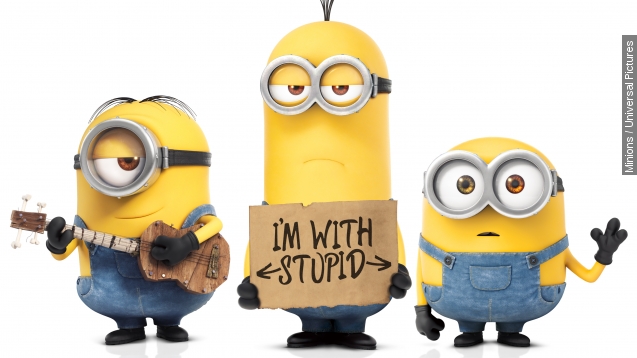 SMS
'Minions' Is Now The No. 2 Highest Grossing Animated Film
By Cody LaGrow
By Cody LaGrow
September 14, 2015
"Minions" raked in $20.1 million in China over the weekend, pushing "Toy Story 3" out of its spot as the second highest grossing animated film ever.
SHOW TRANSCRIPT

Minions — creatures of few words. But they're going to go ahead and let the money talk. (Video via Universal Pictures)

Those little yellow guys are seeing green after raking in $20.1 million in China over the weekend, the largest opening ever in China for an animated film. That puts its total box office earnings at $1.08 billion globally.

No doubt the Minions themselves shared a few celebratory kisses. The film surpassed "Toy Story 3" to become the second highest grossing animated film of all time. (Video via Walt Disney Pictures)

It still trails "Frozen," which isn't letting go of its title as the highest-earning animated movie ever. The Disney arctic animation grossed a cool $1.27 billion. (Video via Walt Disney Studios)

Universal Pictures is also shattering records of its own. The studio, which released smashes like "Pitch Perfect 2," "Jurassic World" and "Straight Outta Compton," has earned $5.53 billion so far this year, making it the movie studio that's grossed the most moola in a single year ever.