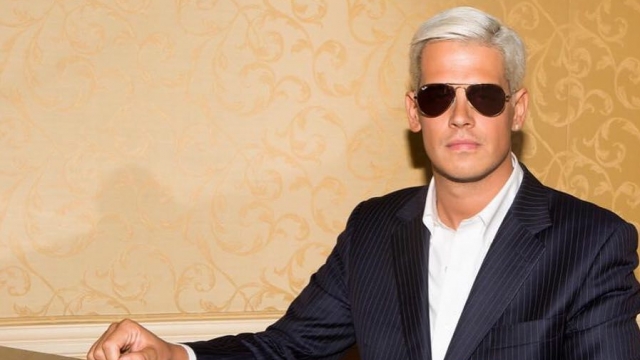 Earlier this year, Breitbart News editor Milo Yiannopoulos promised to give out over $100,000 worth of college scholarships from a controversial charity.

But according to the Daily Beast, not one person has seen a single penny of that money. And the outlet says that's because Yiannopoulos still has all of it.

Back in January, he announced he was creating the Yiannopoulos Privilege Grant, a college scholarship fund for "white men, in support of their post-secondary education."

But, nearly seven months later, allegations have surfaced that he might not have done anything charitable with the funds, which are reportedly somewhere between $100,000 and $250,000.

Yiannopoulos told The Daily Beast his lawyers are currently drafting the paperwork to "establish it as a legal charity" and said that's why he hasn't handed out any scholarships yet.

But the outlet says the grant has yet to file any paperwork to obtain that status.

And when asked if his attorneys had applied for tax-exempt status from the IRS, Yiannopoulos said, "I'll check."

The accusations against Yiannopoulos started earlier this week when one of the charity's proprietors claimed he was transferring money intended for the grant into a personal account.

Margaret MacLennan posted a copy of the alleged transfer on Twitter along with the sarcastic caption, "We all know I clearly profited from donations to the Grant."

And this isn't the only controversy Yiannopoulos has been in lately.

He was permanently suspended from Twitter last month after he encouraged his followers to harass "Ghostbusters" star Leslie Jones with racist and demeaning tweets.