Millions Signed A Petition For Another Brexit Referendum 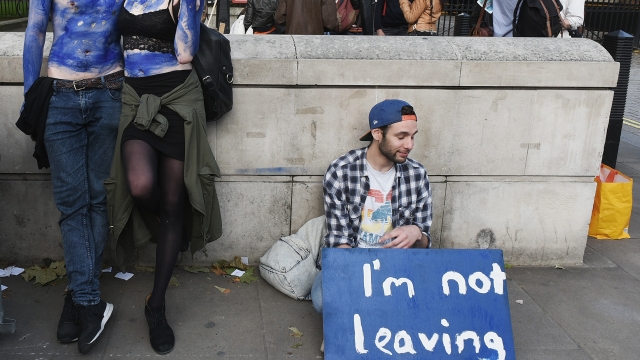 It seems like some folks in the U.K. are having buyer's remorse over the Brexit. An online petition for a second referendum has gathered more than 2.6 million signatures. It's an impressive show of support, but whether or not it will actually affect anything is another story.

Even though the vote to break away from the EU won by a simple majority, the petition asks for another referendum if the vote was based on less than a 60 percent majority and turnout was less than 75 percent; 51.9 percent of voters voted to leave the EU, and voter turnout was 72.2 percent.

The petition was created in May. And because it preceded the vote, at this point, the petition would affect the vote retroactively, which could make the argument more challenging.

Since the petition garnered more than 100,000 signatures, Parliament is required to consider it.