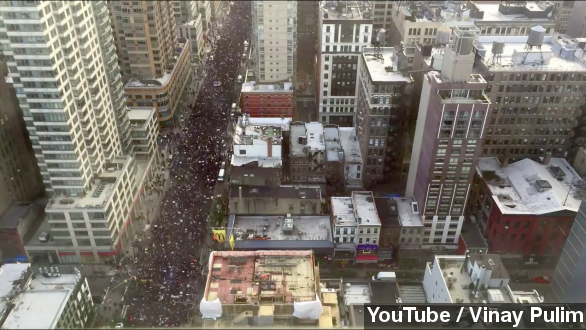 This timelapse shows "Millions March NYC" on 6th Avenue. More than 10,000 protested discrimination from police and the justice system.

And the killings of Eric Garner, Trayvon Martin and Michael Brown.

"Now, there were possibly tens of thousands by some estimates who took to the streets this afternoon, and a whole lot of police officers as well," CNN reported.

"NYPD officer told me they estimate 12k protesters at today's #MillionsMarchNYC but protest organizer tells me their count is 50k," Mashable's Kari Paul posted to Twitter.