Millionaire Wants To Give World's Refugees Their Own Island 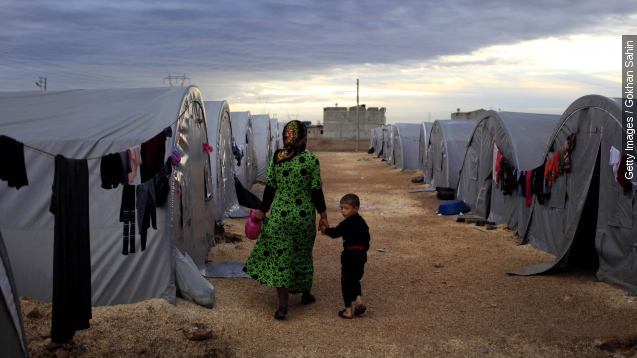 SMS
Millionaire Wants To Give World's Refugees Their Own Island
By Ryan Biek
By Ryan Biek
July 27, 2015
A real estate mogul's plan to give the world's refugees their own country is turning a lot of heads ... but not in the way you'd think.
SHOW TRANSCRIPT

San Francisco real estate tycoon Jason Buzi has come up with a radical plan to solve the world's refugee problem: Give them their own country.

He writes on RefugeeNation.com, the website for his proposal, "Today’s status quo — where millions of refugees around the world continue to lead miserable and hopeless lives — is intolerable."

Buzi's plan has four options: Take a sparsely populated area from a developed nation, buy an uninhabited island from Indonesia or the Philippines, convince an already established small land to allow itself to be taken over or buy an island in international waters.

So obviously there are quite a few things that need to be tweaked before you can put any of these ideas into practice. These plans aren't easy ones.

The United Nations puts the total number of worldwide refugees at just under 20 million. Needless to say, the lack of a common language would be difficult while building a nation from scratch.

An entire infrastructure would have to be developed, from roads to schools –– and most importantly, a self-sustaining economy.

And while Buzi wants the new country to be democratic, democracies typically benefit from  common ground. In this case, these residents would be from all over the world, so the only obvious common ground would be their status as former refugees.

But perhaps surprisingly, some in the refugee activism community are praising Buzi. A refugee program director for the University of Michigan Law School told the Washington Post, "What I love about it is his sense of moral outrage about a problem that could be fixed but no one is fixing."

Perhaps what many are admiring most is Buzi has reportedly donated roughly $15,000 so far for the project and plans to donate more. He also aims to have the world's richest donate to the cause.