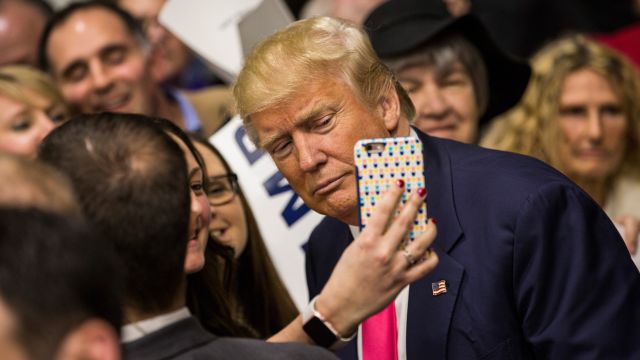 SMS
Millennials Choose Third-Party Candidates Over Donald Trump
By Jake Godin
By Jake Godin
August 5, 2016
Trump's getting walloped in the polls, and one recent McClatchy-Marist poll has him in fourth place with voters 18-29.
SHOW TRANSCRIPT

At 9 percent, Donald Trump is polling dead last with millennials. That's according to a recent McClatchy-Marist poll for August. With all voters, Clinton leads Trump 45 percent to 31 percent.

Trump actually hasn't been doing so well in a lot of recent polls. RealClearPolitics has him behind in the five most recent polls and in a tie with Clinton in one poll. And the election is fewer than 100 days away.

Among young voters, the Green Party's Jill Stein is beating Trump. In another poll, Stein is getting beat by Harambe the gorilla.