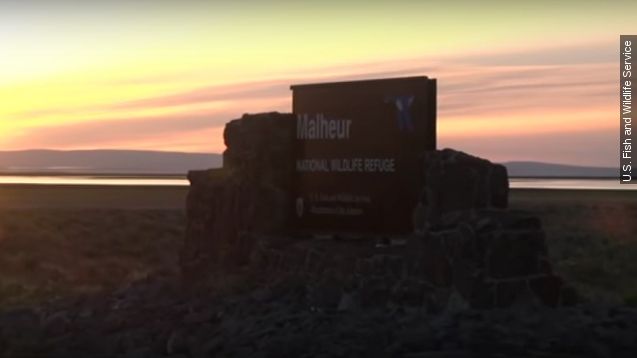 A militia group is taking a stand in Burns, Oregon, after the prison sentencing of two Oregon ranchers.

Some militia members broke in and camped out in the Malheur National Wildlife Refuge Building after a peaceful protest nearby. The building was unoccupied by employees due to holiday break. (Video via U.S. Fish and Wildlife Service)

The building is federally owned, which is why the members strategically decided to stake out there.

Father and son Dwight Hammond, Jr. and Steven Hammond, who also were at the initial protest, burned 176 acres of leased governmental land for cattle in what they claimed was to cut back on invasive plants. (Video via KTVZ)

Prescribed burning isn't uncommon in Oregon and other ranching states. And even the the local National Wildlife Refuge has used the practice. But, the difference here is that the Hammond's land was specified for cattle grazing.

But their trial found that it was a poaching cover-up and that their previous time served wasn't long enough, according to federal standards. The Hammonds told local media that they do plan on turning themselves in by Monday.