Military Launches Would Be Good For SpaceX, Competition 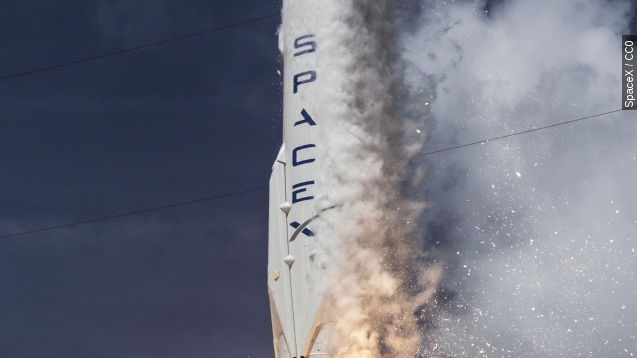 SMS
Military Launches Would Be Good For SpaceX, Competition
By Evan Thomas
By Evan Thomas
May 27, 2015
SpaceX is now certified to launch defense payloads, putting it in a competitive and lucrative market with Boeing and Lockheed Martin.
SHOW TRANSCRIPT

SpaceX has secured launch certification from the U.S. Air Force for its Falcon 9 rocket. Now it can compete for launch contracts in the defense industry, where it would carry military payloads. (Video via SpaceX)

This is an area currently monopolized by United Launch Alliance, a joint venture run by Boeing and Lockheed Martin. ULA launch platforms include the Delta and Atlas rocket families, which until this week were the only ones cleared to boost the military's various communications and surveillance payloads into orbit. (Video via United Launch Alliance)

Now, SpaceX says it's ready to undercut ULA's bill to orbit. It's offering prices in the $100 million ballpark.

ULA reps say average launches cost $255 million each, but the organization says it has plans to drop prices to that same $100 million range SpaceX quoted.

And on paper, at least, it's got good reason to: SpaceX's Falcon 9 edges out the Boeing Delta IV in payload capacity.

It's shaping up to be a lucrative competition. Defense launch contracts are expected to be a $70 billion industry through 2030.

And if it manages to get a share of that cash, SpaceX has plans for it. The company might already be profitable, but when your stated goal is a colony on Mars, every little bit will help. (Video via SpaceX)

This video includes images from NASA and SpaceX.