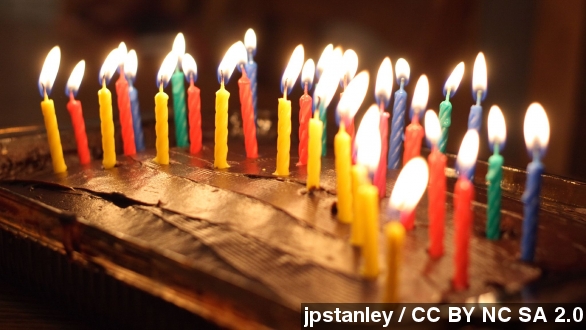 A new study finds — you’re not getting any younger.

No, really. Researchers at NYU and UCLA found as people approach the next decade in their lives, it can weigh on them. They found data to suggest when people hit that big X-9 — right before they tick over into a new decade of life, that is — they engage in little existential crises and search for more meaning in their lives.

“Because life transitions tend to prompt changes in evaluations of the self, people are more apt to evaluate their lives as a chronological decade ends than they are at other times.”

One of the study’s authors told The Washington Post there’s something psychological to those particular birthdays.

“They seem big, they seem looming and they seem more important to us than the others. They make us step back and think about how things have been going up until then and how we want them to go moving forward.”

The study found people change things for the better or for the worse. It analyzed results from other studies, and crunched statistics from marathon registration, dating website use and suicide rates. They all spike among people about to reach their next decade. (Video via The Guardian)

This even affects purchasing habits — people tended to pay up for expensive things, including life insurance and cosmetic surgery.

The authors say "Being aware of the tendency to do so can help consumers decide if they are making such decisions for the right reasons."

As if there’s a wrong reason for a flashy new Corvette, right?

The full text of the study is published in the Proceedings of the National Academy of Sciences.