Mileage In The U.S. Is Up: Drivers On Track To Set Record 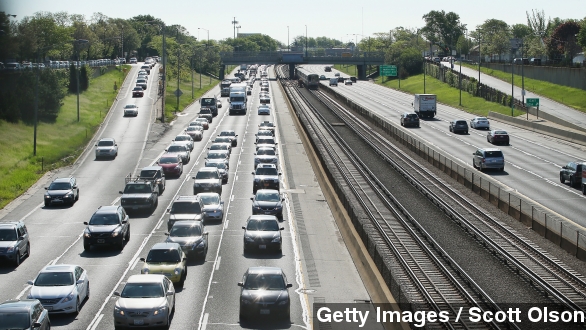 SMS
Mileage In The U.S. Is Up: Drivers On Track To Set Record
By Evan Thomas
By Evan Thomas
January 21, 2015
November numbers from the U.S. Department of Transportation show American drivers are on track to drive the most combined miles in a year since 2007.
SHOW TRANSCRIPT

Americans are on track to set a record for the most annual miles driven in the past seven years, according to the U.S. Department of Transportation.

If December numbers are high enough, the total could top 3 trillion vehicle miles and break a record set in 2007 when Americans drove a combined 3.03 trillion miles.

The Detroit News notes two trends that are likely helping driving distances approach a new record: the number of cars on the road and increasing fuel efficiency.

The Environmental Protection Agency finds fuel efficiency has generally climbed as well, while emissions have generally decreased since 1975.

It also helps that gas prices are still falling. Numbers from AAA show the national average price for a gallon of regular gasoline is hovering around $2, the lowest it’s been since 2009. (Video via ABC)

Whether Americans break the record will depend on the December 2014 numbers. Last year, they came out in February, so expect to find out sometime next month.