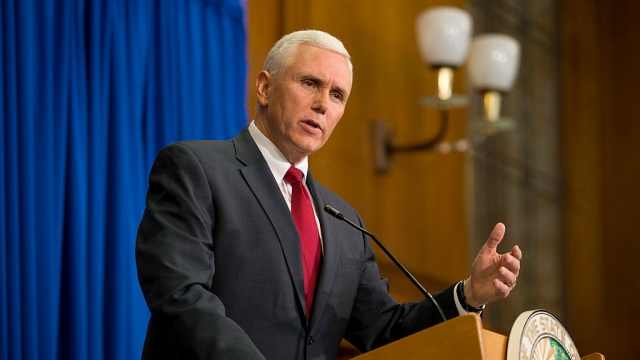 SMS
Mike Pence's 1999 Anti-'Mulan' Op-Ed Is A Rant Against Women In Combat
By Grant Suneson
By Grant Suneson
July 18, 2016
Mike Pence once wrote an op-ed where he accused Disney's "Mulan" of trying to convince kids that women belong in combat roles in the military.
SHOW TRANSCRIPT

Now that Mike Pence is the official choice to join Donald Trump on the Republican ticket, his background is being thoroughly examined.

Pence wrote, "I suspect that some mischievous liberal at Disney assumes that Mulan's story will cause a quiet change in the next generation's attitude about women in combat and they just might be right."

SEE MORE: Why Indiana Women Are Telling Gov. Mike Pence About Their Periods

In his argument, Pence cited real-life military scandals in which officers were convicted of raping female soldiers. He ended it with a line that reads, "Moral of story: women in military, bad idea."

Many find that to be problematic. Fortune wrote, "Pence's argument is two-fold: Women are too fragile to fight and soldiers are incapable of behaving like the professionals they are."

His running mate seems to agree with those assertions. In 2013, Trump tweeted: "26,000 unreported sexual [assaults] in the military-only 238 convictions. What did these geniuses expect when they put men & women together?"

It's worth noting that Pence's op-ed was from 1999, so it's entirely possible he may have changed his position. But as governor of Indiana, he didn't do much to endear himself to women.

Women across the state protested after Pence signed a bill that banned women from getting abortions because of fetal abnormalities. It also forced women to have aborted or miscarried fetuses interred or cremated.

According to one poll, Trump is already 24 points behind rival Hillary Clinton with female voters. Picking Pence probably won't help him attract many women — or fans of '90s Disney movies.