Middle School Reunion Between Judge And Suspect Gets Teary 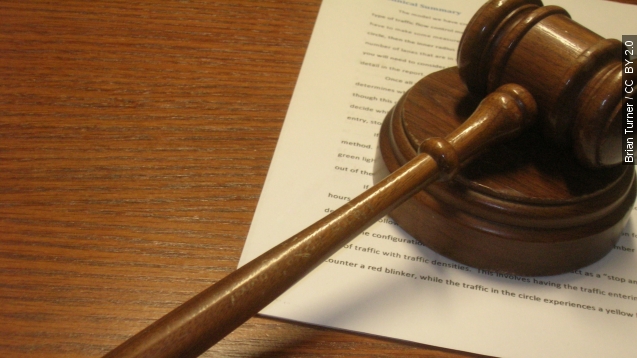 SMS
Middle School Reunion Between Judge And Suspect Gets Teary
By Ryan Biek
By Ryan Biek
July 3, 2015
A judge and defendant had an emotional reunion after recognizing each other from middle school.
SHOW TRANSCRIPT

A Miami man accused of burglary and grand theft had an emotional reunion on Thursday with one of his middle school classmates, a girl who grew up to be his presiding judge in bond court.

"Did you go to Nautilus for middle school?" the judge asked.

WTVJ reports police in a Miami suburb spotted Arthur Booth driving a car suspected to be involved in a home burglary. When officers tried to question Booth, they say he sped off, starting a police chase that involved two accidents.

Instead of expressing scorn, Judge Mindy Glazer encouraged Booth, saying, "What's sad is how old we've become. Good luck to you sir, I hope you are able to come out of this ok and just lead a lawful life."

Booth's bond was set at $43,000. The Miami New Times reports his actual case has been assigned to a different judge.