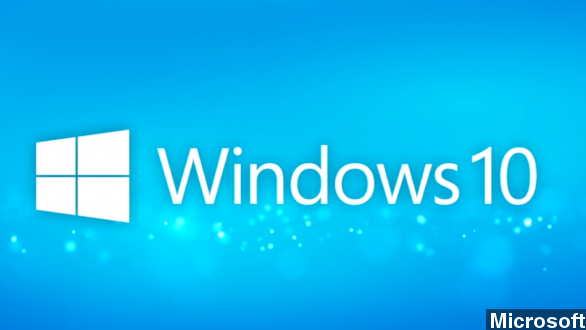 "Microsoft named the operating system, or revealed the name back in September. It was a big surprise because they jumped over 9. They went right from 8 to 10. Now it's their first opportunity to show why it’s such a big change," said CNET's Nick Statt.

The presentation focused on a cross-platform Windows, meaning the experience will look and act the same on desktop PCs, smartphones and even Xbox consoles. One app store will serve all platforms.

Since it was first announced in September, a number of outlets have expressed cautious optimism that Windows 10 will be the operating system "Windows 8 should have been."

A writer at CBS says, "Microsoft seems to finally respect desktop users and has made a number of important accommodations to mouse and keyboard users."

These include better support for multiple desktops and traditional app-windows, rather than the full-screen, touch-centric versions of Windows 8.

And in Windows 10, the start menu is back. It mixes a traditional clickable menu of Windows 7 with live tiles and live search of Windows 8. (Video via Microsoft)

Other new bits of software announced Wednesday include Microsoft's voice assistant, Cortana, which will bring tools such as search, email dictation and certain app controls to the desktop.

Microsoft is working on special versions of its Office suite for the touch interfaces of smaller devices.

And an all new web browser called Spartan, which includes a handwritten notes mode and — just like the original Spartan, Master Chief — integrates Cortana into the navigation bar.

Microsoft expects it will need three to five months to integrate these new features into the developer version of Windows 10.

All Windows 8.1 and Windows Phone 8.1 devices will have access to a free Windows 10 upgrade for the first year after release.

A consumer preview is expected in early 2015 and a finished release later in the year.