Microsoft Trims Some Fat To Get Back To Its Core Strengths 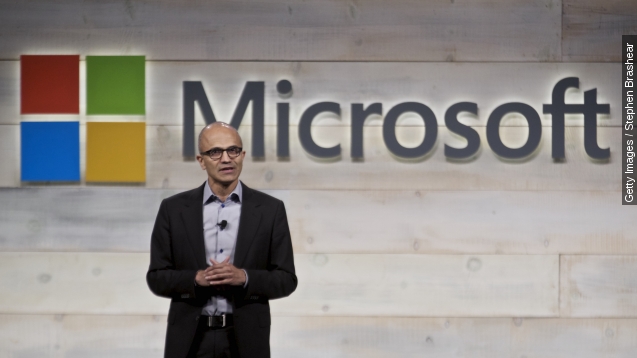 SMS
Microsoft Trims Some Fat To Get Back To Its Core Strengths
By Leah Becerra
By Leah Becerra
June 29, 2015
Microsoft appears to be shedding smaller projects in hopes of getting back to its roots and raising its valuation.
SHOW TRANSCRIPT

Microsoft is the type of company that does a handful of things really, really well.

Other projects the company backs might be cool, like Zune. But ultimately someone else is probably doing it too — and doing it better. (Video via Wired, Apple)

It seems the company might now be realizing that fact. With a handful of recent deals, Microsoft appears to be refocusing on what it's good at and shedding everything else.

AOL is taking over part of the computer giant’s advertising arm, which employs about 1,200 people. More specifically, AOL is taking the advertising team that deals with sales on displays; displays like the one on your mobile device.

And Uber is acquiring some of Microsoft’s mapping technology — along with 100 or so employees. Microsoft has said it will stop collecting its own map data altogether, meaning Bing will soon be run solely using data from Microsoft’s partners.

In an email to employees dated June 17, Microsoft also announced changes to its senior leadership. The goal of the shake-up was to "drive engineering alignment against the company’s core ambitions."

Meaning the company is probably trying to trim down and focus on its specialties: business processes, personal computers and Xbox.

The email didn't actually call out the Xbox (at all) — it called out cloud computing instead. But with the show that Microsoft put on for its game console at this year's E3, the company probably won't be cutting gamers out of its main consumer base anytime soon. (Video via Microsoft)

All these recent changes haven't caused Microsoft's investors to panic yet, but they are paying attention. Especially since shares are down about 4.5 percent since the beginning of the year, compared to the rest of the NASDAQ which is up 4.7 percent in that same timeframe.

Stock Markets Daily's opinion is if you "do not currently hold Microsoft Corporation, [you] should not consider buying and investors currently holding the stock should consider selling."

It's not clear whether Microsoft's slimdown will give it the extra push to finally come back from years of poor performance under the company's former CEO Steve Ballmer.

But it is clear that the new CEO Satya Nadella thinks turning focus away from smaller projects is the way to go.

This video contains images by Getty Images and music by Podington Bear / CC BY NC 3.0.