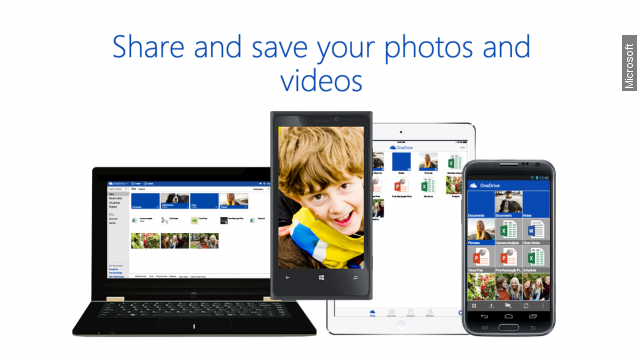 If you use Microsoft OneDrive — the company's cloud storage solution — you might want to start cleaning out the cruft and paring down. (Video via Microsoft)

Microsoft announced it will no longer offer unlimited storage — those plans will be replaced with 1 TB plans. It's also slashing storage space for some free and paid users. 100 GB and 200 GB paid plans are being replaced by a 50 GB plan, and free users will have 5 GB of storage instead of 15 GB.

So, why is the company cutting back? Microsoft says a few customers took advantage of the unlimited storage: "A small number of users backed up numerous PCs and stored entire movie collections and DVR recordings. In some instances, this exceeded 75 TB per user or 14,000 times the average." (Video via Microsoft)

In other words, as a writer for Ars Technica put it, "Microsoft [dropped] unlimited OneDrive storage after people [used] it for unlimited storage."

The criticism is fair. Microsoft did say the storage was unlimited — y'know, as in no limit. But the company argues users were going against the spirit of the thing: "OneDrive has always been designed to be more than basic file storage and backup. These changes are needed to ensure that we can continue to deliver a collaborative, connected, and intelligent service." (Video via Microsoft)

If you've got files (or entire movie collections) stored in your OneDrive that exceed storage limits, Microsoft says you'll have at least a year to move your data before you no longer have access.