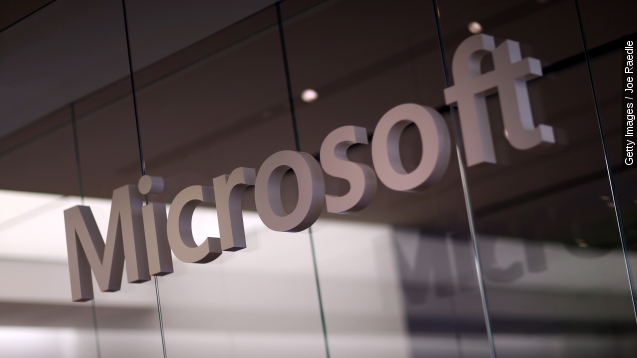 SMS
Microsoft's Surface Book Totally Owned The Windows Event
By Leah Becerra
By Leah Becerra
October 6, 2015
Microsoft had a lot of announcements to make at its Tuesday event, including the introduction of a completely new device.
SHOW TRANSCRIPT

We expected Microsoft's event to be big, and the company definitely delivered.

Microsoft's wearable device, the Microsoft Band, got a much-needed redesign and update. Plus, the purpose of the wearable is now clear: It's supposed to help you stay healthy.

The new look is a lot more sleek thanks to a curved design. The screen is also curved, but we're more excited about it being touch-sensitive. The Band also features a barometer and Cortana, Microsoft's voice assistant, so now she can remind you to get up and move.

Even though we knew this announcement was coming, Microsoft's new flagship phones still deserve some attention because the Lumia 950 and Lumia 950XL are really powerful phones.

The phones should have no trouble running applications thanks to 3 GB of RAM and Qualcomm's latest processor. If you don't think that's a big deal, maybe this will impress you: The Lumias' primary cameras are 20-megapixels with "triple LED flash."

The much-awaited Surface Pro 4 was also announced, and Microsoft wants to stress just how thin, light and powerful this tablet is. And to stress this point, the new Surface Pro wasn't even compared to other tablets during the presentation.

Instead, it was stacked up against Apple's MacBook Air. Microsoft claims the updated tablet is 50 percent faster than the Air. Plus, there's a lot of storage — as much as 1TB — and the tablet also supports up to 16 GB of RAM.

There was also another, quite shocking announcement — and it seems Microsoft took a page straight out of the Apple playbook with this one: Say hello to the the Surface Book.

The new laptop was made by Microsoft, for Microsoft. It features a 13.5-inch display that can be detached from the laptop's keyboard. Or, the display can simply be flipped around while the keyboard sits safely underneath. All that movement is made possible thanks to the custom hinge.

Speed shouldn't be a problem, either, especially not with Intel's latest processors inside. Microsoft even claims the Surface Book will run twice as fast as Apple's MacBook Pro.

And what will all of these devices do? They will all run Windows 10, creating an entire ecosystem on the same operating system — something pretty much every technology manufacturer hopes to acheive.